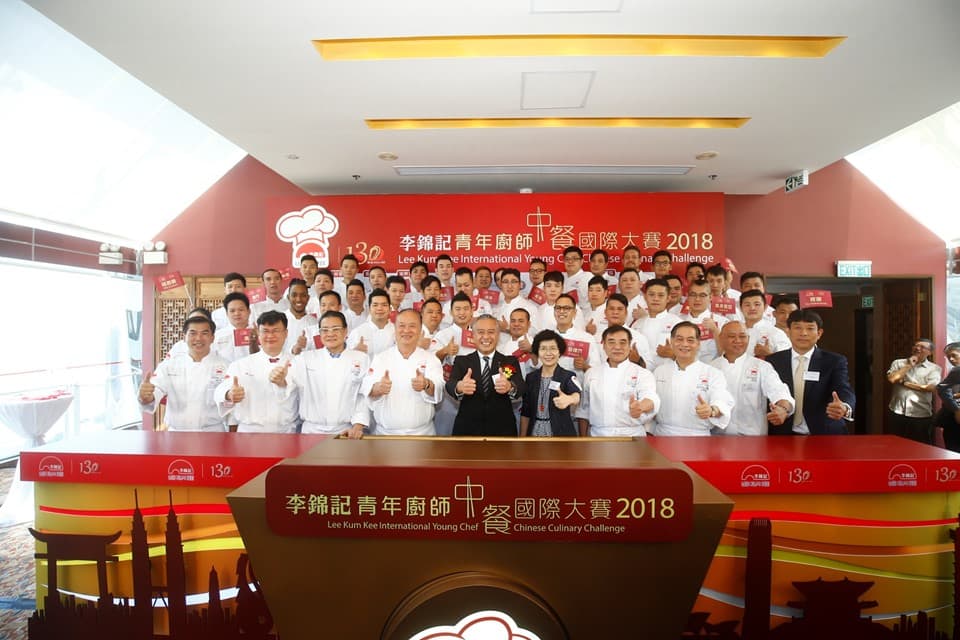 “Lee Kum Kee International Young Chef Chinese Culinary Challenge 2018” (LKKIYCCCC 2018) kicked off today with the Opening Ceremony held at the Chinese Culinary Institute. At its third edition, this year’s contest has become more internationalised with the theme of "Excel on Traditions Converging Global Culinary Talents". 42 aspiring young chefs from 17 countries and regions worldwide, including celebrity chefs from gourmet variety shows, executive chefs from renowned Chinese restaurants and chefs from Michelin-starred restaurants, are required to prepare Chinese dishes with designated ingredients, as well as Lee Kum Kee sauces and condiments within 90 minutes to vie for the International Championship during the two-day contest taking place today and tomorrow.

Organised by Lee Kum Kee under the auspices of the World Federation of Chinese Catering Industry, the LKKIYCCCC 2018 is truly an international contest under the spotlight. This biennial culinary contest is an international platform for young Chinese culinary chefs from around the world to hone their skills and exchange experiences with their counterparts. To celebrate its 130th Anniversary, Lee Kum Kee has launched the "Lee Kum Kee 130th Anniversary Best Heritage Tasting Award", with a prize of HK$130,000 to be awarded to the best-performing young chef with the highest overall score. All contestants will also have the chances of receiving the “Most Creative Award”, “Best Sauce Combination Award”, “Best Presentation Award”, and “Best Dish Award”.

At the Opening Ceremony, officiating guests lit up the podium together to show their determined efforts in promoting Chinese cuisines worldwide. Mr. Charlie Lee, Lee Kum Kee Sauce Group Chairman said, "In the past 130 years, Lee Kum Kee has been pursuing its mission of ‘Promoting Chinese Cuisines Worldwide’, striving for passing on Chinese culinary art across generations and promoting the sustainable development of the industry. The theme of this year's contest is ‘Excel on Traditions Converging Global Culinary Talents’. We are very pleased to witness the world culinary talents converging under one roof to hone their skills in this contest. We hope these young chefs will join forces to enhance the international status of Chinese cuisines by lifting it to a new stratum.”

The 42 contestants come from 17 countries and regions, including Australia, Canada, China, Colombia, Czech Republic, France, Hong Kong, Japan, Korea, Macau, Malaysia, New Zealand, Singapore, Taiwan, the Philippines, the Netherlands and the United States. Lauded as elites of the Chinese cuisine industry in their home countries, many of them are culinary talents that have received many awards, including recipients of the highest honours in World Championship of Cookery and other regional and international cooking contests. The contestants include celebrity chefs that have served as guests of culinary variety shows, executive chefs of leading Chinese restaurants and chefs of Michelin-starred restaurants. During today’s and tomorrow’s contest at the Chinese Cuisine Institute, they will undoubtedly make full use of their skills and creativity to dazzle the audience with their superb performance.A star-studded judging panel, including Chef Chen Hui Rong, Chef Kondo Shinji, Chef Leung Fai Hung, Chef Li Yao Yun, Chef Lu Ching Lai, Chef Pung Lu Tin and Chef Jacky Yang, will will be responsible for selecting the winners among the contestants. The seven Star Judges, who enjoy stellar reputation in the Chinese culinary industry will have a hard task to select the best of the best in the competition.

Students of Lee Kum Kee Hope as Chef programme, a major CSR programme of the Group, will demonstrate their sophisticated cutting and food-carving skills, and make dough crafts at the Opening Ceremony in honour of Lee Kum Kee’s 130th Anniversary.

This year marks the third edition of LKKIYCCCC. Since its inception in 2014, the contest has transformed into an international platform setting to shape the industry. The event has gained full support by 22 Chinese culinary associations from around the world, with Angliss, Beef City Black, Chef Works, Fish Marketing Organisation, Sadia, Savoury Choice, Towngas and Vegetable Marketing Organisation asthe sponsors. 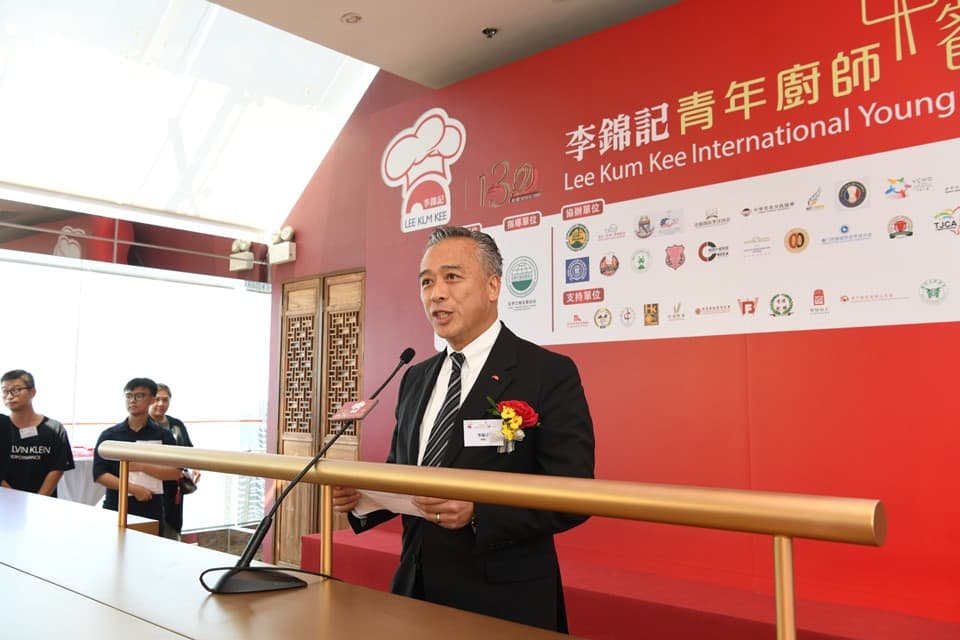 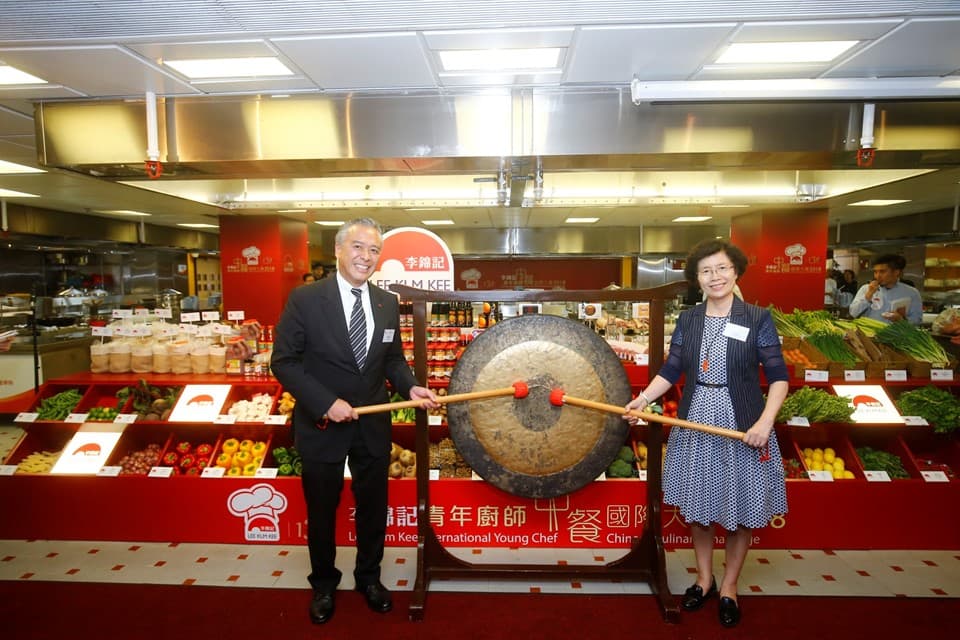 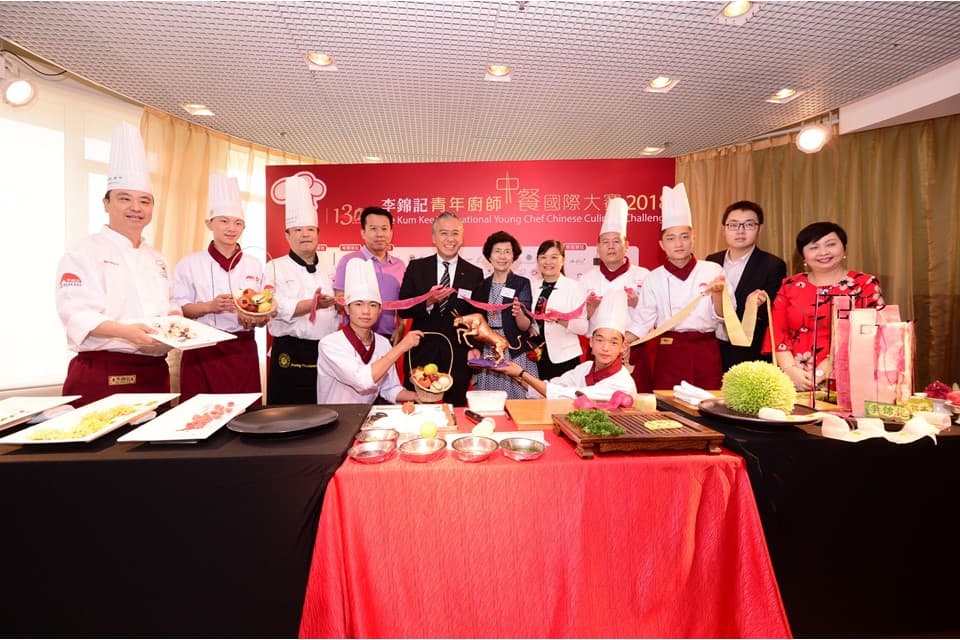 Students of Lee Kum Kee Hope as Chef programme, a major CSR programme of the Group, demonstrated their sophisticated cutting and food-carving skills, and made dough crafts at the Opening Ceremony in honour of Lee Kum Kee’s 130th Anniversary