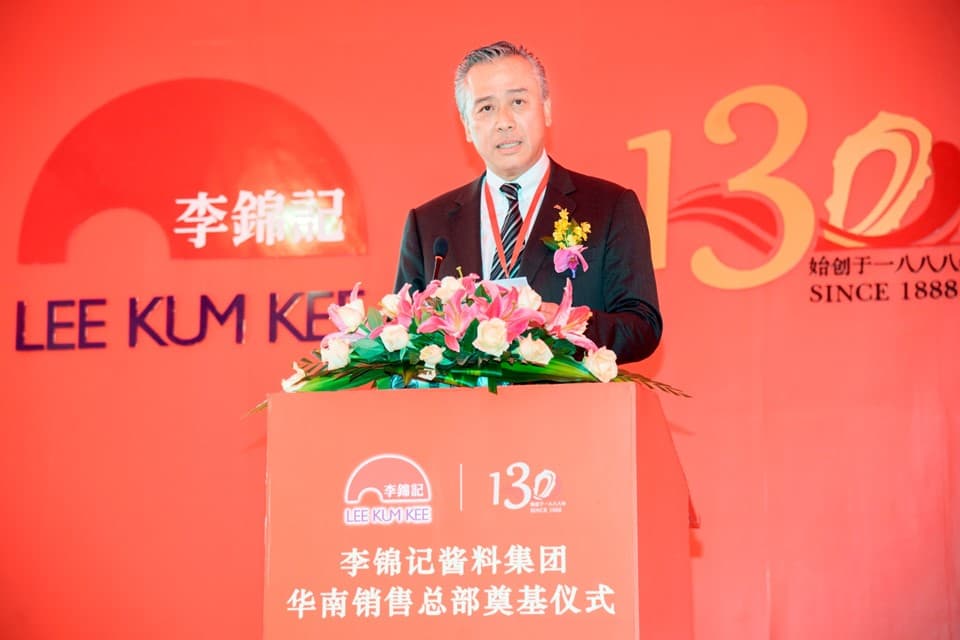 Mr. Charlie Lee, Lee Kum Kee Sauce Group Chairman, revealed in his speech during the Groundbreaking Ceremony that the decision of setting up South China Sales Headquarters of Lee Kum Kee at Vanke World Meets is a clear indication that Lee Kum Kee has every confidence in its business prospects, Guangdong-Hong Kong-Macao Bay Area’s development as well as the prosperity of China. In addition, this new Sales Headquarters would help enhance the overall operation efficiency, together with staff cohesion and engagement. Mr. Cui Xuejun, Deputy Party Secretary of the Panyu District Standing Committee and District government said in his speech that he welcomed Lee Kum Kee Sauce Group to set up the Sales Headquarters in Panyu, hoping that the Group would keep up its expansion momentum in Panyu to other parts of China for scaling new heights. At the Groundbreaking Ceremony, the traditional lion dance performance was staged to spice up the ceremony, with Mr. Lee Man Tat and his wife, Mr. Charlie Lee, Mr. David Lee together with some guests to perform the eye-dotting ritual for the lion, signifying Lee Kum Kee as a century-old brand would continue to thrive and shine. They officiated the groundbreaking ceremony at the foundation stone, with all witnessing such a pivotal moment onsite.

Vanke World Meets is located at the transport and business hub of Guangdong-Hong Kong-Macao Bay Area. Lee Kum Kee invested in one of the lots, Number 8 of Vanke World Meets with huge potential in terms of its prime location. Situated only several hundred metres away from Guangzhou South Station with 112 million annual passenger flow, Vanke World Meets is highly convenient thanks to its central location with high connectivity with a huge number of high-speed trains passing through. Two buildings, with an 18-storey building and an 11-storey building included, will be built on this lot, linking up with a podium building as tall as four storeys. With the total gross floor area of approximately 40,000 square metres, the new buildings are to be used as South China Sales Headquarters after completion. While the other floors are for office uses, the ground and floor levels of the building would be used for shop premises, occupying approximately 5,500 square metres. Lee Kum Kee would reserve the fifth and sixth floors with around 6,600 square metres for the Group’s use. There is a podium garden with approximately 1,000 square metres. To be completed by the end of 2020, the building would have easy access to the entrance of the South Railway Station at ground level.

Since China’s Open Door Policy, Lee Kum Kee has continued to seize upcoming business opportunities. In the 1990s, two production bases were set up in Xinhui, China and Huangpu, China for long-term business development. Thanks to the staunch support by the Chinese government and consumers, the Group’s business operation in China grows and prospers. In 2016, the Group has injected capital in acquisition of a building in the Vanke Centre development in Xujiahui Central Business District, with the building named Shanghai Lee Kum Kee Building afterwards. This building is the current Lee Kum Kee (China) Trading Sales Headquarters. Amid the 130th Anniversary, Lee Kum Kee will strive to get connected with its stakeholders with sauces and condiments, dedicated to making even greater contributions to the future economic growth of China.

Mr. Lee Man Tat and his wife, Mr. Charlie Lee, Mr. David Lee, together with the guests officiated the groundbreaking ceremony at the foundation stone.