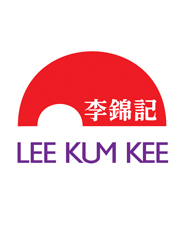 Lee Kum Kee donated towards the construction of the "Lee Man Tat Bridge" and named it after Group Chairman Mr. Lee Man Tat. The Bridge was opened to traffic in Xinhui, Guangdong Province in 2014.

Some 200 guests attended the Opening Ceremony, including members of the Lee Kum Kee Food Safety and Nutrition Expert Committee, management and employees of Lee Kum Kee Group. The event also attracted a large crowd of Xinhui residents, who joined the scene and cheered in their gratitude to the contribution from both the Xinhui government and Lee Kum Kee to relieving local traffic congestions.

As Xinhui undergoes rapid development and economic growth, the local traffic system has been under heavy pressure; traffic congestion in the vicinity of Haking Wong Bridge, in particular, has caused much inconvenience to residents. Mr. Lee Man Tat has thus decided to donate towards the construction of the “Lee Man Tat Bridge” to relieve such traffic burden. With a length of 1.29 km, “Lee Man Tat Bridge” runs parallel to Haking Wong Bridge, forming a two-way Grade 1 highway with 4 lanes. After the opening of the Bridge, the traffic network of Xinhui has seen tremendous improvement, traffic congestions in the region became a scene of the past.

After the Opening Ceremony of the Bridge, the guests proceeded to the Lee Kum Kee Production Base for the official opening of the “ Entrepreneurship Building”-cum-“Hundred Years of Fine Flavour” Exhibition Centre. At the ceremony, Mr. Lee Man Tat extended his sincere gratitude to the Xinhui government for its unwavering support over the years. He cited the Entrepreneurship Building as a vivid example of Lee Kum Kee’s “Constant Entrepreneurship”, since the concept of extending the Staff Canteen Building into a multi-purpose complex equipped with a CNAS-accredited Testing Centre, an exhibition centre and modern offices was the innovation of Lee Kum Kee staff and pragmatic utilisation of scarce land resources.

Sauce Group Chairman Mr. Charlie Lee expressed that the “Hundred Years of Fine Flavour” Exhibition Centre was designed “to enable visitors to gain a deeper understanding of the family spirit of Lee Kum Kee and the essence of its corporate culture, as well as to serve as reference for other family enterprises.”

The “Hundred Years of Fine Flavour” Exhibition Centre displays the history of Lee Kum Kee’s progress over a century since 1888, when the founder Mr. Lee Kum Sheung invented oyster sauce. Through the display of photographs, audio clips, video images and artefacts, visitors could visualise the rapid growth of Lee Kum Kee from its foundation, emergence to prosperity in pursuit of its mission to promote Chinese cuisines worldwide.

The entrance wall of the Exhibition Centre is covered with oyster shells, highlighting the origin of Lee Kum Kee from the invention of oyster sauce; the adjacent teahouse re-captures how the founders Mr. and Mrs. Lee Kum Sheung diligently worked and cooked oyster sauce as they founded the family business. The restored old stores in Macau and in Central, Hong Kong expounded on the contribution of Mr. Lee Shiu Nan, who laid a solid foundation for the soaring development of Lee Kum Kee. The old tools for harvesting and cooking oysters, products in new and old packaging, delivery bicycles, inventory record books and large wooden barrel for fermenting shrimp paste in the old days are also on display, each recounting the immense efforts behind Lee Kum Kee in making oyster sauce and pioneering markets.

As Mr. Lee Man Tat succeeded as Group Chairman in 1972, Lee Kum Kee leaped into a new age of automated production and product diversification. Apart from the history of the launch of Panda Brand oyster sauce, sales model reform and advancement in production, the Exhibition Centre brings visitors into the new era in the 80s, when the fourth generation of Lee Kum Kee introduced modern management to uplift production efficiency and quality. Towards the end of the exhibition, the centennial legacy of Lee Kum Kee which eventually brought its products into space and achieve the eventuality of “there are Lee Kum Kee Products where there are no people” was narrated in a video production which amazed visitors as they sat through the video film in the theatre.

The exhibition zones of “Global Brand of Ethnicity” and “Lee Kum Kee as a Corporate Citizen” introduce Lee Kum Kee’s core value of “Si Li Ji Ren” (Consider Others’ Interests) and pursuit in its mission of “Promoting Chinese Cuisines Worldwide”, its sustained efforts received wide community recognition, including its appointment as “Official Partner of China Space Industry”. Its conviction in shouldering corporate social responsibilities also serves as model for the sustainable development of other family businesses.

As the "Lee Man Tat Bridge" was opened, the traffic network of Xinhui has seen tremendous improvement and traffic congestions in the region became a scene of the past.