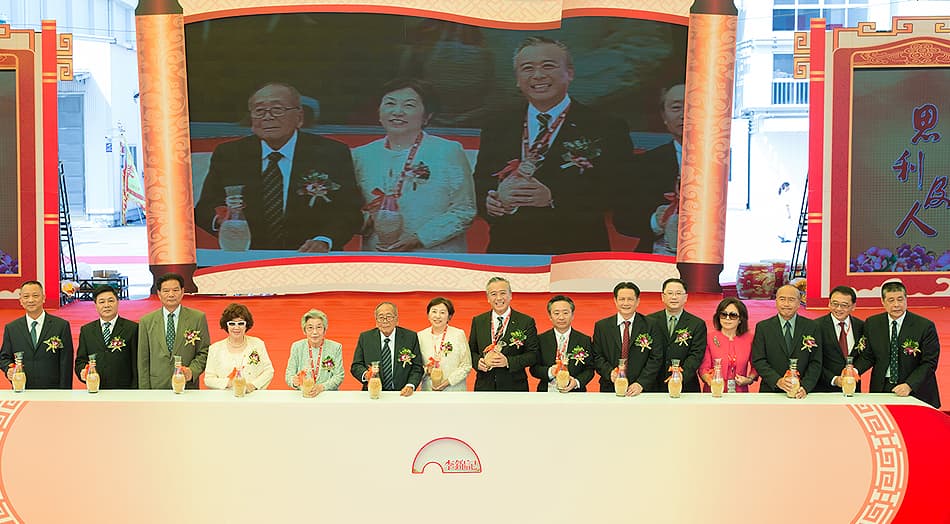 Lee Kum Kee announced the launch of its continuous steam cooking and fermentation system at its Xinhui Production Base.

Lee Kum Kee today announced the launch of its continuous steam cooking and fermentation system at its Xinhui Production Base, Guangdong, after 23 months of construction and installation. Developed and manufactured by Fujiwara Techno-Art Company Limited, the establishment of this fermentation system marks another milestone for Lee Kum Kee, bringing in state-of-the-art technology to complement its own skills and manufacturing facilities and further strengthening its position as a forerunner of the condiment industry.

"In the spirit of Constant Entrepreneurship, Lee Kum Kee believes that it can only have a great vision if it continues to progress to a new level. We have therefore put great effort into research and product development to satisfy the evolving aspirations and demands of consumers. This new continuous pressure steam cooking and fermentation system has two special characteristics. One of them is that the size of the Koji Making Machine is large (with a diameter of 20 metres), and the other is that, apart from manufacturing Cantonese-style soy sauce using fermented soybeans, the system can also produce Japanese-style soy sauce using soybean derivatives, satisfying two goals. This breakthrough has enabled us yet again to bring Lee Kum Kee’s soy sauce manufacturing capabilities to a new level," said Mr. Charlie Lee, Lee Kum Kee Sauce Group Chairman.

The new three-storey factory, with a total building area of 9,785 square metres, is equipped with facilities for washing, soaking, preheating and continuous pressure steam cooking the soybeans, as well as flour mixing, inoculation, automated input of ingredients, output of koji and washing and sterilisation. Each Koji Machine can hold 76 tonnes of ingredients and produce 180,000 tonnes of soy sauce every year. With the new equipment, the annual production capacity of the Xinhui Production Base will reach 500,000 tonnes of soy sauce.

Fujiwara has over 80 years of experience in the design of soy sauce manufacturing facilities. It has jointly developed with Lee Kum Kee this fermentation system which comprises four major processes: preheating, continuous steam cooking, cooling and inoculation of the ingredients. The system also consists of four Koji Making Machines, each 20 metres in diameter, the greatest diameter in the world. This is the first automated fermentation system utilising soybeans and flour as ingredients to manufacture soy sauce and the entire process is regulated automatically, including temperature, air flow and humidity. Soybean processing and even the distribution of koji and the washing, sterilisation and drying of koji after fermentation are all fully automated.

Leveraging on this advanced fermentation system, hygiene is ensured throughout the whole fermentation process in a contained environment. The high-precision, high-capability operation means the continuous-steaming equipment can process 10 tonnes of soybeans per hour, reducing the fermentation time to just 40 hours. The system helps Lee Kum Kee dramatically enhance the quality and stability of its products, as well as improving productivity and increasing the utilisation rate of soybeans.

The steam cooking and fermentation process is managed by a Man-and-machine Interface (MMI) system, which has helped to significantly lower the labour intensity and manpower requirements, save two-thirds of labour costs, and greatly reduce the factory area to less than two-thirds of its original size. The MMI control centre has seven computers, displaying the various stages of the fermentation process. The largest screen is made up of eight 46-inch monitors and displays the whole process from the input of soybeans to the output of soy sauce. The MMI control system is fully secured with passwords. Its primary functions include centralised monitoring, control, tracking and recording of the entire steam cooking and fermentation process.

With the heritage, experience and commitment to innovation of these two successful family businesses, Lee Kum Kee and Fujiwara have jointly helped enhance the quality and production capacity of soy sauce, setting a new benchmark for the industry. This new fermentation system leverages on a unique and advanced fermentation technique to brew soy sauce, and, together with the finest selected ingredients and traditional craft, it aims to guarantee the reliability and top quality of all products. Lee Kum Kee and Fujiwara will continue to work closely together to further improve the standard of soy sauce production, bringing even more high-quality traditional Chinese soy sauce to food lovers around the world.

Lee Kum Kee places great emphasis on green production. The fermentation plant utilises a geothermal heat pump system to make use of the solar heat accumulated in the ground. This is used to heat the water in the plant, a new way to use this source of green energy. The company has also set up a photovoltaic system to utilise solar energy for electricity generation. This system not only helps the plant conserve energy, but also provides electricity to the local community as an important initiative for the benefit of its neighbours. 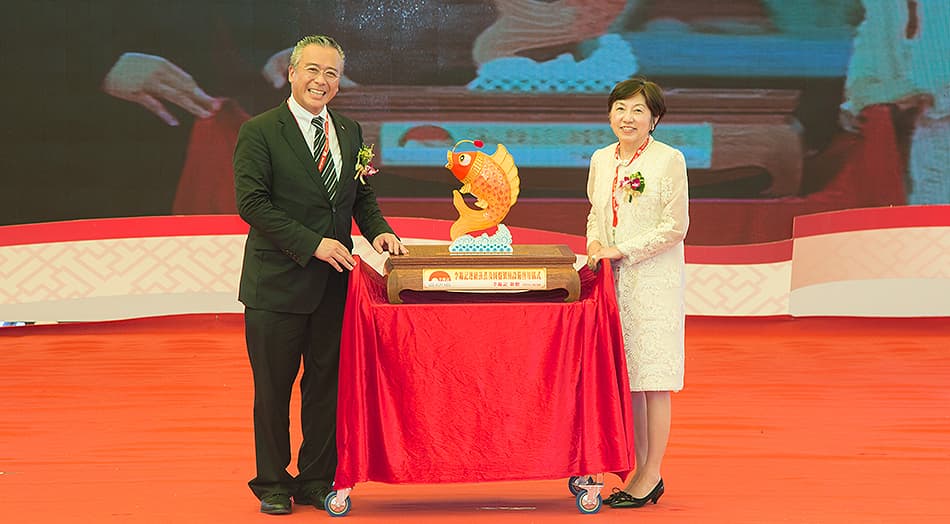 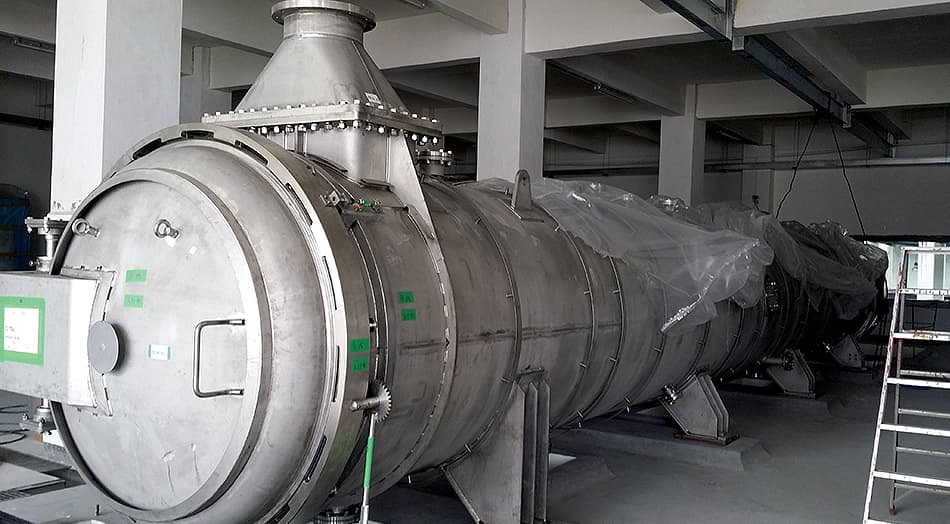 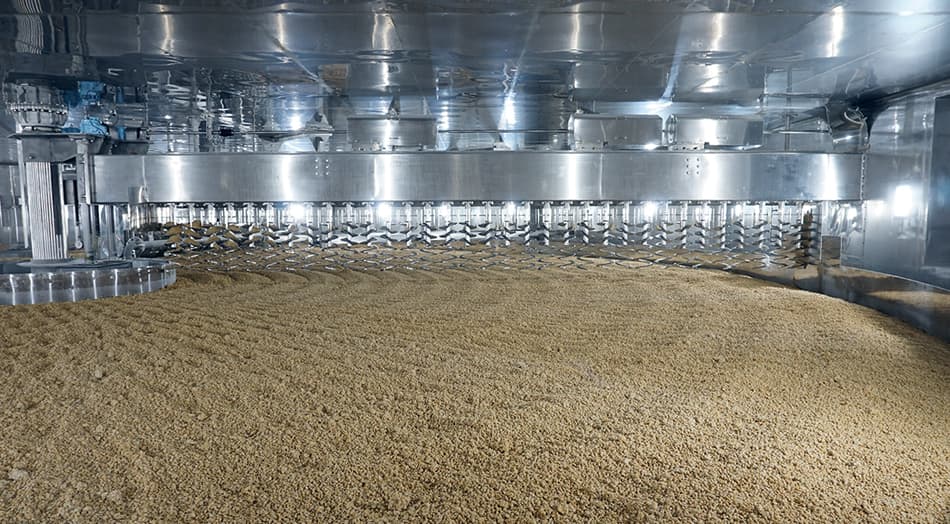